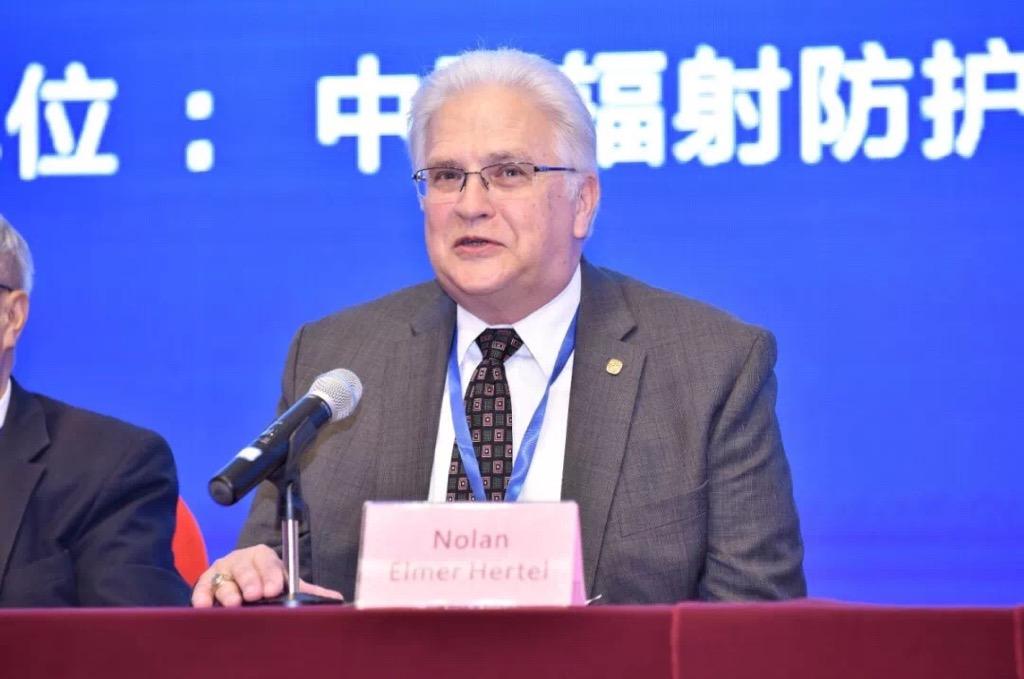 The American Nuclear Society (ANS) recently announced that Professor Nolan Hertel from the George W. Woodruff School of Mechanical Engineering’s nuclear and radiological engineering program is one of two 2021 recipients of the Arthur Holly Compton Award in Education. The citation for his award reads “In recognition for outstanding contributions to education in the field of nuclear engineering in the spirit of Arthur Holly Compton - a scientist, teacher, and national leader.”

The Arthur Holly Compton Award in Education recognizes an individual who has made an outstanding contribution to education in the field of science and engineering germane to the interests of the Society.

The award was established by the Education and Training & Workforce Development Division in 1966 in recognition of the late Dr. Arthur Holly Compton, scientist, teacher, national leader, and Nobel Laureate. It was made possible through a $25,000 contribution by Mrs. Edward Mallinckrodt and George E. Mallinckrodt.

“Professor Hertel’s endeavors substantiate important contributions to both science and education,” said Steven Biegalski, Nuclear and Radiological Engineering and Medical Physics Program Chair in the Woodruff School. “His accomplishments have brought the field of health physics and radiation dosimetry into a new era.”

Nolan Hertel joined the faculty in the Woodruff School in 1993 and has had a long and distinguished career as an educator and researcher. He currently holds a joint faculty appointment in the Environmental Sciences Division of Oak Ridge National Laboratory and served as the Acting Director of the Center for Radiation Protection Knowledge (CRPK). The center serves as a common resource to assist the participating agencies in the development and application of radiation dosimetry and risk assessment methodologies based on the best available scientific information and to maintain and preserve U.S. expertise in radiation dosimetry.

Previously, as the coordinator of the Georgia Tech Focused Research Program on Pioneer Research in Nuclear Detection, Professor Hertel assembled a multidisciplinary group of researchers on the Georgia Tech campus, which continues to address the nuclear detection needs for homeland security, nuclear nonproliferation verification and other related activities. His interest include the improvement of existing instruments, the fabrication of new detector materials and their testing, and the use of both passive and active interrogation to determine the presence of illicit special nuclear materials or radioactive materials.

In addition, Professor Hertel’s research group has performed neutron spectral and dosimetry measurements in support of different nuclear facilities ranging from PET cyclotrons to used nuclear fuel storage facilities to both research and power reactor facilities. Over the course of his distinguished teaching career, he has supervised 31 Ph.D. and 49 master’s students who have gone to have careers in academia, industry, and government. They include faculty members in Medical Physics at Penn State University Hershey Medical Center, Medical Physics at the University of Texas M.D. Anderson Cancer Center, and Nuclear Engineering at Texas A&M University, as well as researchers at multiple government laboratories and a branch chief with the Nuclear Regulatory Commission.